Updated: to cap a lively week for Livigno, a massive landslide closes the road to the Munt la Schera Tunnel (though it reopens four days later).

A lively week for the remote, duty-free town in the Italian Alps. See below for update. 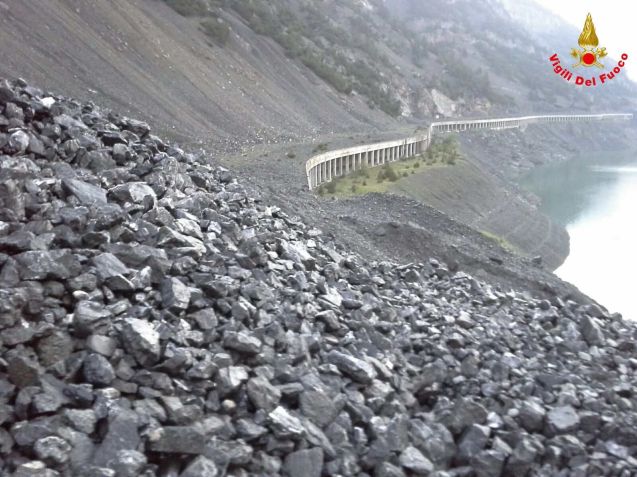 It must be Livigno week here at @DriveEurope.

Last Saturday saw news that the Munt la Schera Tunnel, on the road from Livigno across the nearby Swiss border, was changing its one-way winter opening hours to better cope with the holiday crush.

On Tuesday, fuel prices dipped again to truly bargain levels (especially compared to Italy which has some of the Continent’s most expensive fuel).

Meanwhile, but for Brexit yesterday we would had a photo of mountain wild flowers blooming along the roadside.

Now today, heavy rain last night caused a rock fall which has now closed the Via Dala Val road along the lake to Munt la Schera.

The landslide was so heavy that debris has actually invaded the open-sided gallery itself while thousands of tonnes lies on top.

Via Dala Val has been closed indefinitely according to the Comune di Livigno website, between the Fopel restaurant just north of the town and Munt la Schera.

In the meantime Livigno is still accessible, by the Forcola di Livigno mountain pass off the St Moritz-Tirano Bernina Pass in Switzerland, and by Foscagno from Bormio in Italy (see PassFinder).

Update 28 June: in what is, by any standards, quick work the Livigno – Munt la Schera road reopened this morning reports Valtellina Mobile. Livigno is now accessible from all three directions. 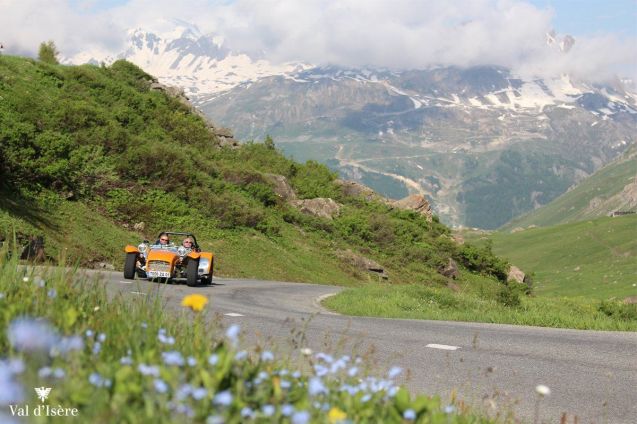 French Lotus fans invade the Mont Blanc region this weekend on a route which includes famous passes Galibier, Télégraphe, Lautaret, Mont Cenis and Cormet Roseland, among others. The annual event is now in its sixth year. Photo @ValdIsere. See mountain roads at PassFinder

roundup: a biker was injured on the A16 near Calais overnight after hitting a road block put in place by migrants says La Voix du Nord. It’s the latest of four migrant-related incidents in the area this past week after months of calm. Drivers are advised to take the utmost care in the area, especially overnight… drivers were stuck for up to seven hours in 30 degree temperatures yesterday on the A2 westbound into Berlin after two trucks collided and caught fire. The road finally reopened at 23:00 according to VID, almost twelve hours after the incident… police carried out a controlled explosion onboard P&O’s Pride of York ferry in Hull on Thursday. The alleged bomb turned out to be unattended luggage reports Hull Daily Mail, spotted after the boat arrived from Zeebrugge… do not reverse out of a lane at a toll booth in Italy, Austrian motoring club OAMTC warns members. There is an unspecified ‘high fine’ plus, ‘in the worst case, the car can even be confiscated’. OAMTC advises members to press the emergency button whereupon staff will issue a receipt to be paid at the next toll station.