A very strange day in France as filling stations run out of fuel and sections of motorway are shut off to vehicles.

Fete de l’Autoroute sees – for the first time – fifteen sections of motorway shut to vehicles to ‘just do what you have never done on a motorway, run, stroll, watch, celebrate’. It has been called a public relations exercise after controversy last year about ‘excessive profits’ made by the road operators. Fifty km of the network is closed in total with a range of organised activities – including a fun run on the Millau Viaduct, above. Most end at 17:00. Local diversions are in place. See Fete-autoroute.fr for individual details.

Despite repeated reminders that the new labour law does not affect the haulage sector, drivers continue to block refineries and depots this weekend.

Added to the backlog from a long week of strikes, it means some filling stations have run dry, or customers are limited in what they can buy.

The minister for transport said yesterday the government had ‘made arrangements to allow the replenishment of filling stations this weekend, including allowing trucks to circulate’ but this does not seem to be happening.

Problems are concentrated in the northwest – Brittany and Normandy – and the north.

The filling station at the exit of Eurotunnel is currently reserved for authorities, for instance, while ‘filling stations throughout northern France Nord Pas de Calais have run out of fuel or have very long queues,’ according to La Voix du Nord.

Lille will be reportedly dry by this evening. Two more fuel depots in the Nord department have apparently been re-blockaded today.

Others say five out of the eight refineries in France are now blocked. Some garages in the Paris region are reportedly dry too.

The transport minister has also insisted strategic stocks are yet to be touched and says blockades will be broken if necessary. Meanwhile, things are reportedly getting back to normal in the Rennes region. See a map of areas affected including restrictions. 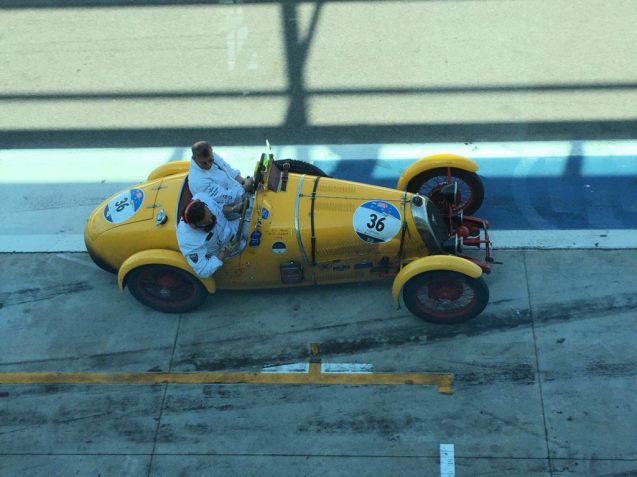 One writer describes the Mille Miglia as ‘The Old Man’s Gumball’ but – apart from an upturned Austin Healey from which the occupants escaped ‘almost unscathed’ – the event seems to have passed off without major incident. The most obvious difference between the two is that police on the re-creation of Italy’s storied road race rare the drivers on. Here #36 Giovanni Luca Murri and Massino Destro Castaniti pause after a lap of Monza in, fittingly, their 1927 B.N.C. 527 Monza. Photo @Lesmo27